I finished A. Patel’s fine book, Music, Language and the Brain, a week or two ago. I took my time reading it mostly because he covers a lot of ground in detail and also because I enjoyed pondering what was left unsaid. Back in the day I cannot remember anyone discussing how music and language were similar; their differences were so noticeable as to preclude such speculation. Dr. Patel does a remarkable job documenting how some commonalities in brain processing exist between the two and exploring just a little how the two may have common roots.

He looks at the evidence for music being a specific product of human evolution, as language certainly is, and concludes that right now it does not look that way. I am not sure I understand him here, not disagreeing as I do sometimes when I quibble with an author but not agreeing because the points being made seem to rely on technicalities to which I am not privy. Certainly music is not evolutionary like a recent discovery in the Inuit genome that lets them eat a diet of fat without an increase in cardiovascular disease despite their diet. The Inuit actually have fewer heart attacks than the rest of us. The same genes that help them with their diet (that appeared in the last 40,000 years or so) also lead them to be an inch shorter and 10 lbs lighter. This is natural selection helping us to adapt to current exigencies, but music?

While leaving the door open for more data on music’s evolutionary status, Dr. Patel instead calls it a “transformative technology” like the control of fire or the invention of writing or the internet, a discovery of a tool so important that its use spreads throughout the human domain. (Never mind that the druids refused to use writing for their teachings, relying instead on memorization. They were old school to an extreme, a bit like the Shakers or Amish. Would they have survived longer or better if they had written their esoterica down? What form would this survival have taken?)

Dr. Patel does list one musical feature as possibly naturally selected, i.e., constituting a specific domain, innateness apparent in our development, and particular to humans, and that is a regular beat. Not just rhythmic but metered. Drumming as its exemplar provides a social domain, its perceptual-motor development comes early enough and with minimal stimulation to be innate, and other species do not manifest it (though see my post on bonobos dancing 2/16/2014).

Take me to the river, throw me in the water.

Still I conceive of music as an art form and have difficulty thinking of it as just a transformative technology rather than an evolutionary product growing from the deep biological roots of empathy and symbolization. Langer identifies dancing and drumming as a biological substrate for the development of numbers and fractions. Even further, is mathematics a ‘transformative technology’ or evolutionary product? And going even one more step, what about spiritual awareness, the one commonality in religious experience William James identified as the “mystic sense”? Did we evolve to apprehend this mystery or did we discover a way to conceptualize and use our ignorance of life and death in cultural development. 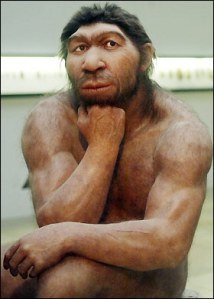 Do you hear what I hear?

I am not exactly satisfied with this rendition of the issues but think I will travel on now to search for a better way. Perhaps that will come with reading a new book, The Origins of Music, touted on its back cover “as representing the birth of biomusicology.” Oh what a wonderful modern world. Travel on.